This Kentucky bourbon is unique in many ways. In 1954, Bill Samuels Sr., heir to one of the oldest whiskey-producing families in the United States, decided to break with the family recipe to create a whiskey in sync with his era. Since that day, this bourbon cultivates its difference: recipe replacing rye with wheat, production in small batch, aging without fixed term, "whiskey" spelled with Scottish and cubic bottle sealed with red wax, now a trademark. Regarded as one of the best bourbons, Maker's Mark has become over the decades a must ...

Since 1958, the Maker's Mark distillery produces only the Maker's Mark bourbon following its unique traditional recipe. For the first time in 50 years the distillery launches a new expression, Maker's Mark 46 has been matured in barrels in which have been added French oak staves bousinées. The additional aging time and the staves bring rich and complex aromas as well as spicy and vanilla notes to this bourbon. 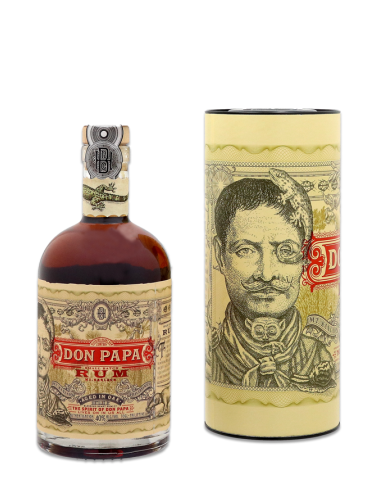